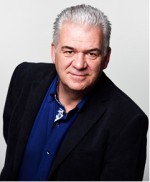 Philip de Goey studied Theoretical Physics at KU Nijmegen. In 1988 he received his PhD at Physics Department of TU/e. From 1988-1995 he was Assistant Professor, from 1995-2000 he was Associate Professor on Combustion Technology at TU/e. Since 2000 he is Full Professor and since 2002 scientific director of Combustion Technology Group, since 2011 Visiting Professor at BIT in Beijing (2014: appointed as leading scientist of China's 111 program) and since May 2011 Dean of Mechanical Engineering. From 1999-2000 he was Visiting Professor at ITV, RWTH-Aachen Germany. He was chair of the Dutch Section of Combustion Institute (1996-2000), chair of platform 'Clean and Efficient Combustion' STW-SZV (2001-2005) and program leader of STW perspectief program Clean Combustion Concepts (2008-2015). He is member of the Board of Directors of Combustion Institute (2004-2020), secretary of the Executive Committee of the Board of Directors (2016-2020), guest editor of Combustion Science and Technology, member of editorial board of Open Thermodynamics Journal, member of editorial board of Journal of Thermodynamics, associate editor (2008-2010) and co-editor-at-large (2010-2014) of the Proceedings of the Combustion, member of Engitech adv comm of Science Europe (EU), is member of the scientific advisory board of OWI Aachen, of the Engineering School of Aalto University, was advisor of MTT micro-turbines, member of the scientific committee of many international conferences, Coordinator and Colloquium Co-Chair of the colloquium 'Laminar Flames' at 31st, 32nd (Int.) Symposium on Combustion (2006,2008) and (co-)author of more than 400 scientific publications. He was awarded Simon Stevin Meester 2010, the highest Dutch award in technical sciences (500.000 euro). In 2018 he was elected fellow of the Combustion Institute. In 2020 he became member of the EU academy of sciences and received a very prestigeous ERC advanced grant for excellence (2.5 mio euro). He also founded innovation center Metalot of which he is chair of the board (2016-now).